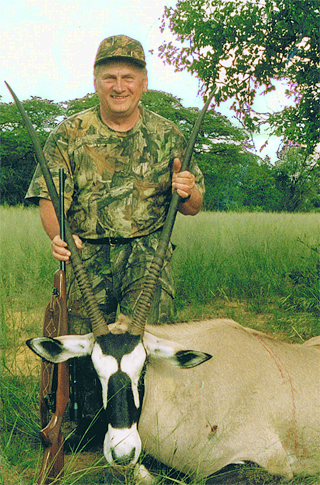 Bob was born in Newark, NJ & attended school in Kearny , NJ. He graduated from Montclair State College with both a BA & MA & 30+ credits into his doctorate. He taught Graphic Arts at Irvington Jr. High & Union High Schools, both in NJ, & retired after 30+ years of teaching to run The Shooters Corner, Inc., a gun shop which has been a part time venture since the mid 1960’s & became full time after retirement. Bob also started & coached the small bore rifle team at Union High School in Union NJ. They competed against other high schools in NJ & NY, also against several colleges including Texas A&M. The team, made up of students that had never shot or owned rifles before, was undefeated at the time of Bob’s retirement. Having shot some 170+ matches in prone position & in 3-position for a few years before retirement, Bob has been shooting since he was a teenager & later became interested in benchrest. His involvement in the sport includes having been President of International Benchrest Shooters Association serving in that capacity for seven terms & currently sits on the Executive Board.

Bob’s experience in benchrest includes 50 years of precision rifle smithing & competitive shooting, having garnered many world records & other significant awards & honors. He represented the United States in the World Benchrest Championship on the Gold metal team in Dobiaccio, Italy & on the Bronze team in New Zealand, winning individual medals in the process.

Bob has put on seminars & clinics in South Africa for the South African World Benchrest Association. He also coached the South African World Benchrest team in the 2005 World Benchrest Championship in the USA. He has made many international friends & has had the opportunity to hunt in South Africa, being successful enough to have bagged a Red Hartebeast, Impala, Water Buck, Eland, Cape Buffalo, Greater Kudu & a Gemsbok that was good enough to give him honors in Roland & Ward. He also is the director for IBS registered matches at the Mainville Sportsman Club Range in Mainville, PA. He is the Benchrest Chair for the ANJRPC state association NRA range in Highland Lakes, NJ, where he runs unregistered matches scheduled between the registered matches during the IBS competition season. Besides the matches at ANJRPC, Bob also puts on a Beginner Benchrest Seminar followed a month later by a Benchrest Clinic, which allows Seminar participants the opportunity to try the knowledge that they gained at the seminar. There are also several experienced benchrest shooters there volunteering to help mentor the participants, all arranged by Bob.